Timberwolf Sponsors The Round Norfolk Relay

We are delighted to become the Headline Sponsor of The Round Norfolk Relay, a challenging team event that has a successful history almost as long as Timberwolf’s!

The Timberwolf Round Norfolk Relay course covers 198 miles and tracks along the Norfolk county boundary. The distance is broken into 17 stages covering between 5.5 miles and 20 miles of stunning scenery, from wide sandy beaches to picturesque villages, all under Norfolk’s enormous skies.

James Nice, a member of the inter-club committee which organises the Timberwolf Round Norfolk Relay, describes the event as: “Unique in character and concept, the race presents not only a tough physical challenge, but also a test of the organisational prowess of a club. Run over 24 hours, without a break (and carrying a baton), the event is much more than just a normal relay for it requires special preparation, planning and support. It is not an event for a club without a spirit of adventure. But the sense of satisfaction and achievement after completing the race is simply ‘Second to None’.“

Chris Perry, Timberwolf Managing Director, who has taken part in the event previously, commented on Timberwolf’s appointment as Headline Sponsor: ”As a company that prides itself on working together as a team to produce innovative, performance products for the demanding arboriculture industry, Timberwolf really identify with the challenge that lies ahead for all teams taking part in the Round Norfolk Relay. Good luck and enjoy! ” 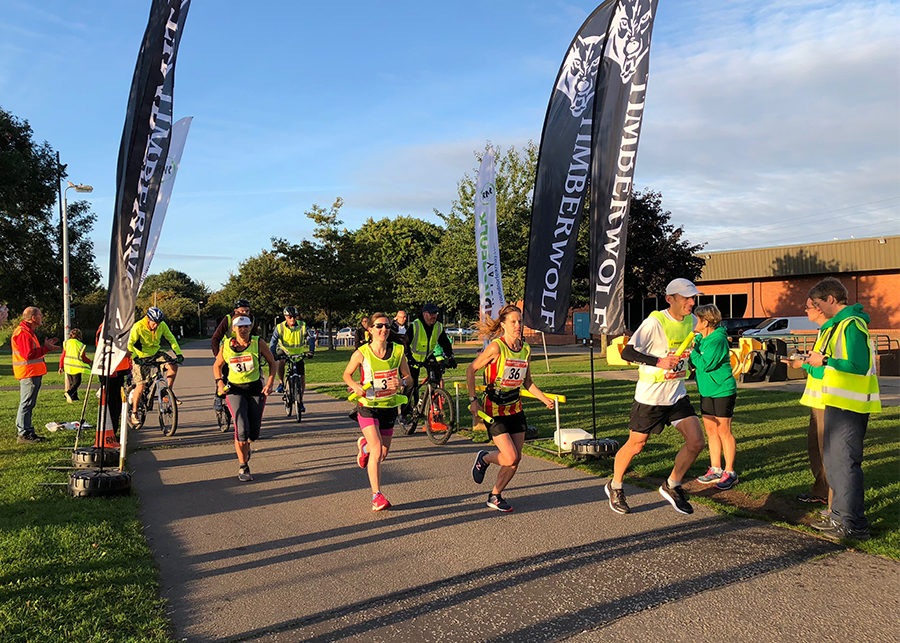